Just weeks after Andy’s Father’s death, Andy decided he wanted to do a car in honor of his father, he chose a Capri 3000. 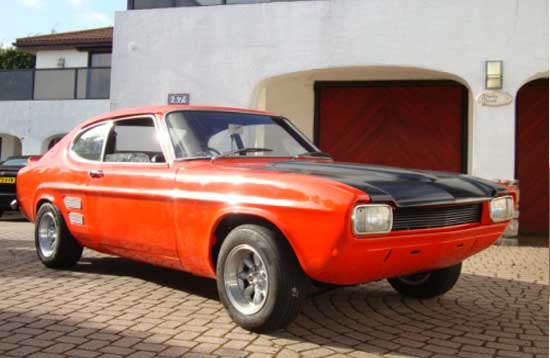 As a child his Dad used to sell this sort of car all the time and had owned many of them.

This car was a very rare early production model, located locally. The body shell was remarkably good for a 70’s Ford which had been left outside for many years, the restoration started with taking the car back to bare metal.
New RS arched front wings were fitted and a RS Boot-lid, the engine was built to 3100 stage 4. The car was painted Seabring Red with the matt black bonnet, just as it would have left the factory.

Aftermarket minilite wheels were fitted to allow it to get some of that power down. The Car was such a handful to drive with all that power that the first time it was taken out after its rebuild Andy was stopped not only for driving erratically but also for speeding! 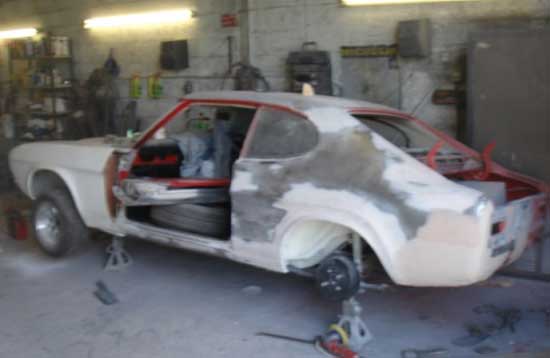 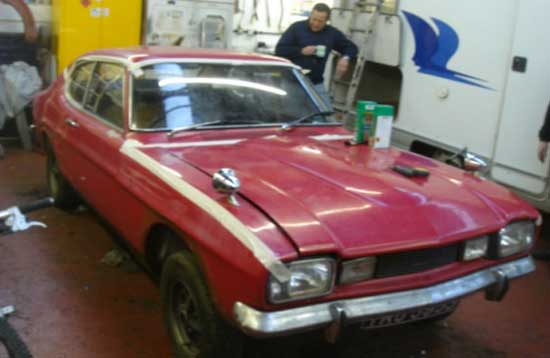 “The spirit of such genius as George Barris and Ed Roth is alive and living in Bournemouth.”