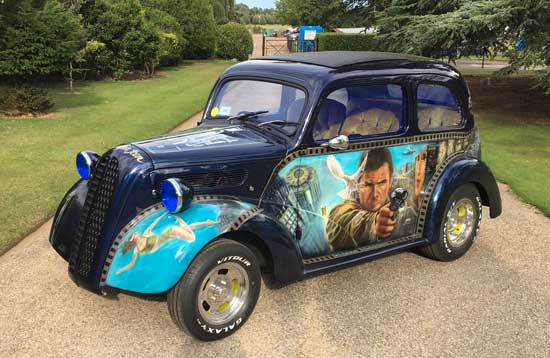 After spotting the 1953 Anglia ‘ratrod’ for sale on ebay and letting her imagination run wild on what she could do to it to show off her airbrush skills she decided to dedicate the paintwork to icons of out time, thus the idea of Angelina Icon was born.

The body shell was quickly treated to some period 1970’s custom tricks, such as welding the wings into position, removing the body ridge around the arches, fitting a Webasto Sunroof, Frenching 1959 Plymouth Taillights into the lower part of the wing and making a new Button Grill using two new Fiat 500 grill panels and a reshaped grill surround. A frenched aerial was added to the boot surround before the car was based in Range Rover Oslo Blue ready for Maxime to spend 4 months executing her incredible art work.

To finish off the 70’s thing the car was lowered at the front and raised at the rear and fitted respectively with 5 x 13 & 8 x 14 Cobra Slot Mags which roll very well on white letter tyres, whilst the interior was trimmed in 3 inch deep buttoned Acid Gold Velour just as it would have done if it had of been built in the early 70’s … 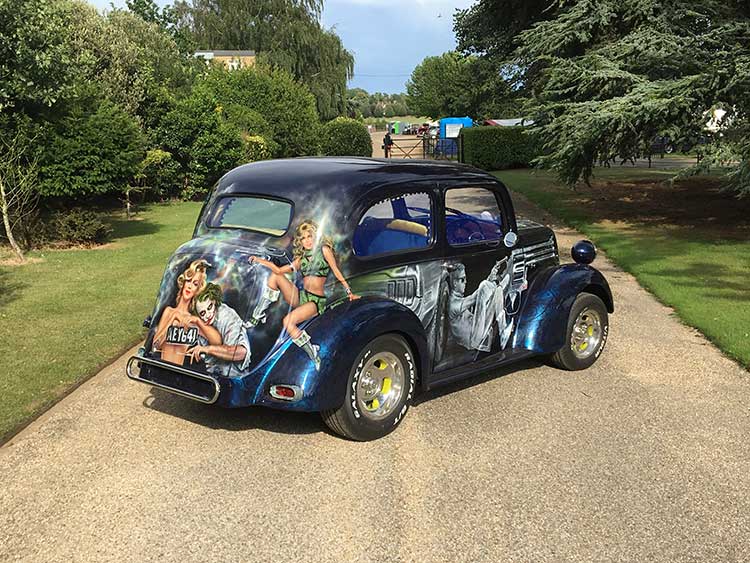 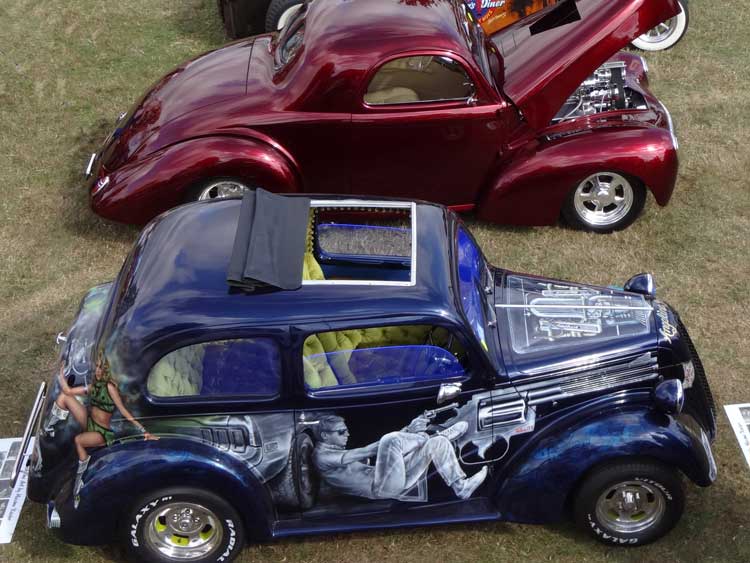 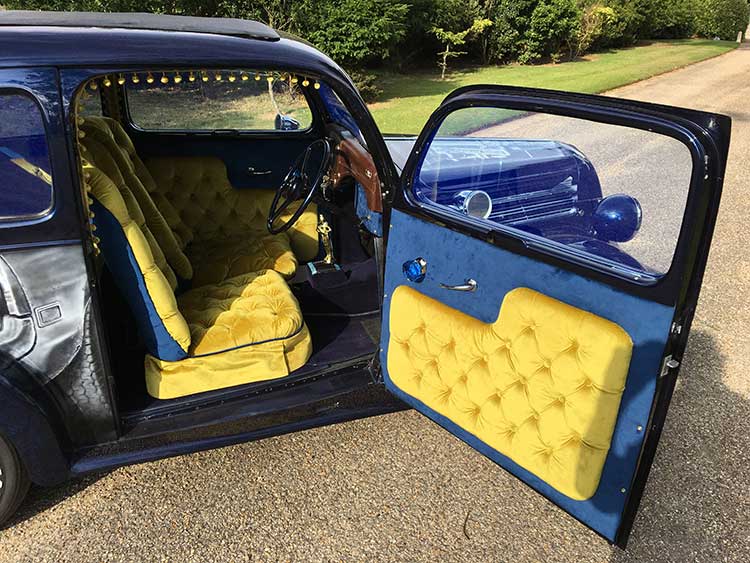 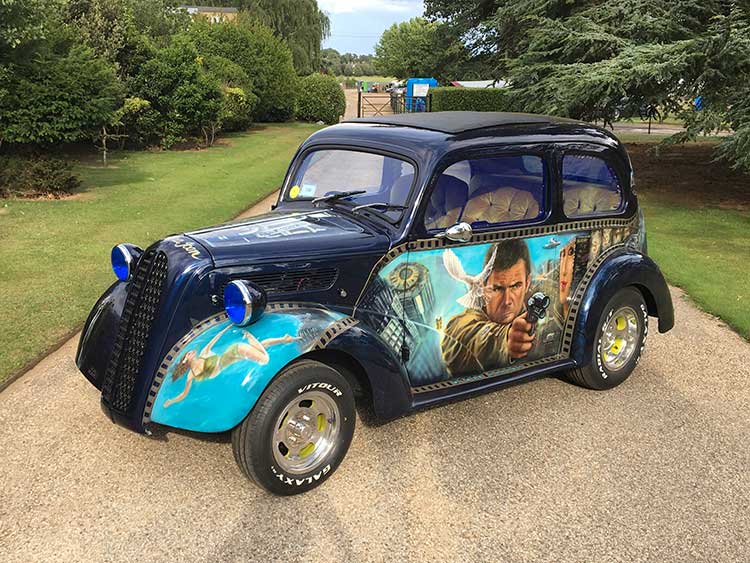 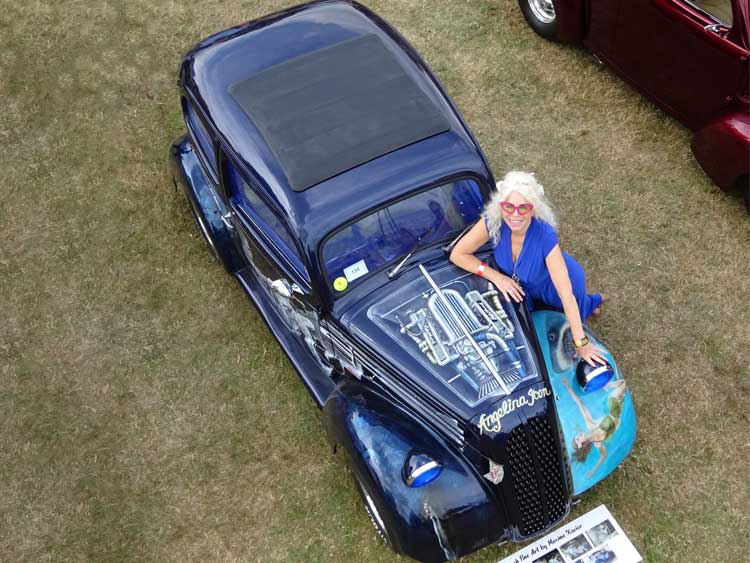 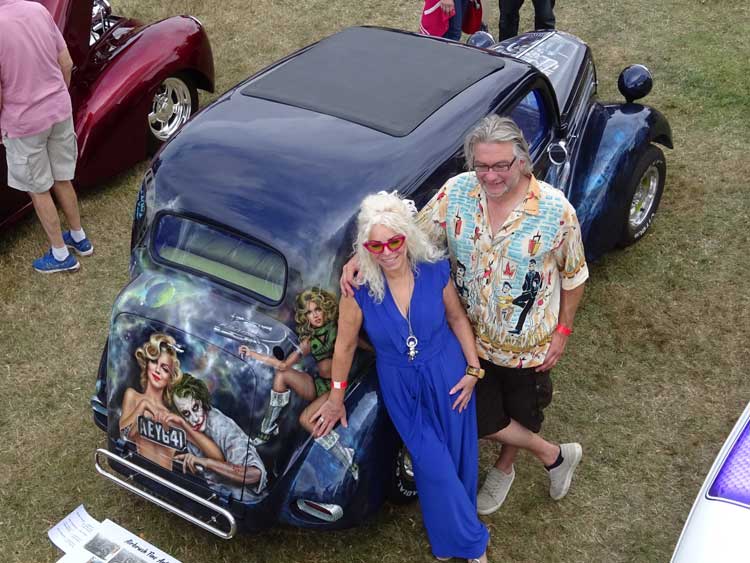 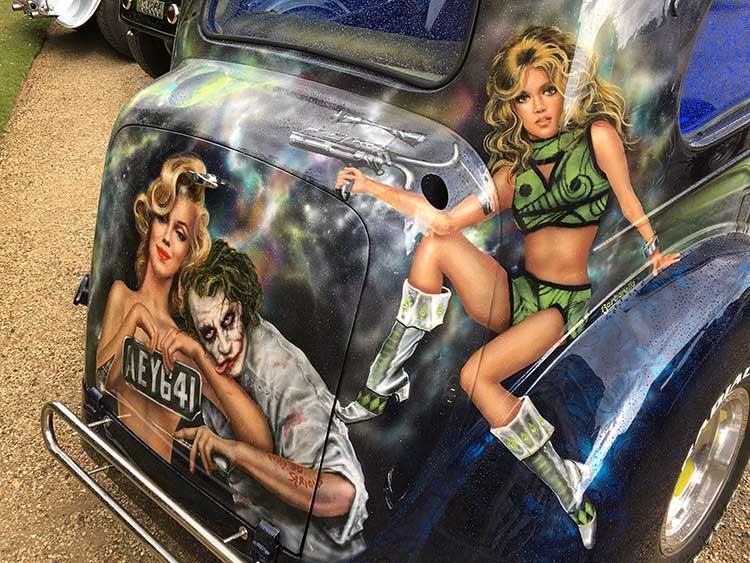 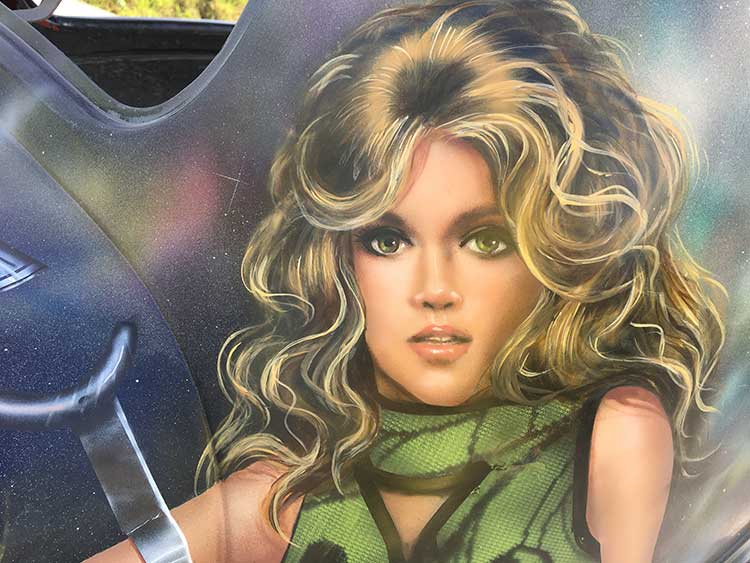 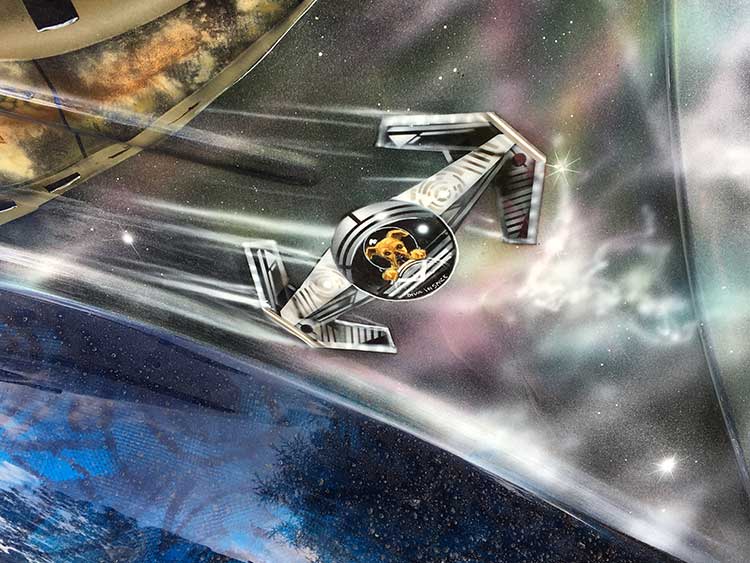