Initially designed in November 1957 as the safest car in the world, The Aurora was launched to brutal press reviews at the Hotel New Yorker, Manhattan, because of its strange looks. 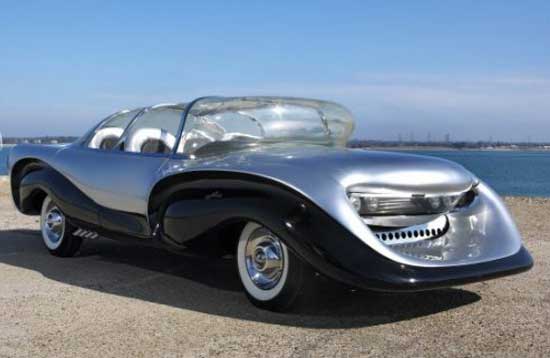 The prototype launch vehicle was found in a Connecticut field in 1993 in a decrepit state and is the only know example around today. Saunders began restoration and continued to restore over a period of 12 years, launching it at Goodwood Festival of Speed. Media coverage has been fantastic including a cover feature on the New York Times.

The Aurora’s first outing at the Goodwood Festival of Speed, 2004 was in the ‘Cars of the future’ display and was the main attraction in the Cartier Concours De Elegance area, of the 6 cars displayed Saunders proudly exhibited three.

The Aurora rubbed windshields with the Alfa Roma Bat 7, the Fiat Turbina, Renault’s car of the future concept, as well as Saunders own X2000 and Indecision. All 6 cars were brilliantly displayed on a red Martian soil landscape with all kinds of Space paraphernalia, the whole display was a fantastic success.

The Aurora and the X-2000 were then both chosen as the centre piece of a special exhibition held at Beaulieu Motor Museum in 2005. Only the second outing out for the Aurora, and it was kept company by the X-2000 on centre stage at the exhibition.

The exhibition ran from the end of March to March 2006, and to top it all Andy was asked to open the exhibition. This vehicle is still owned by Saunders. 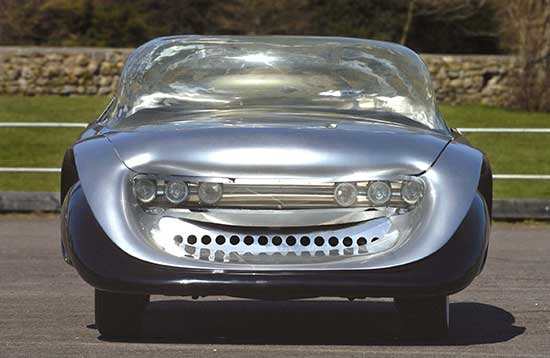 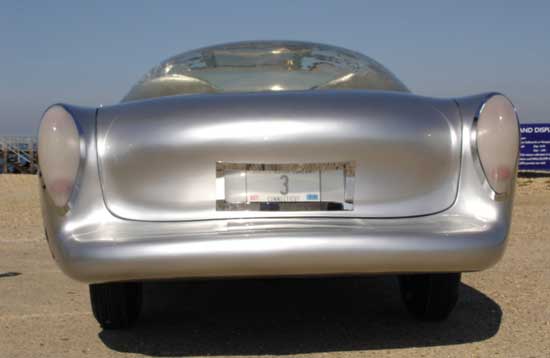 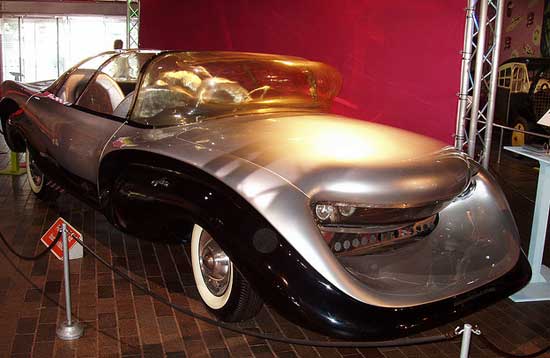 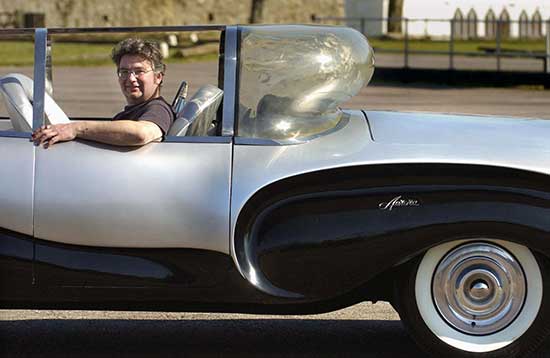 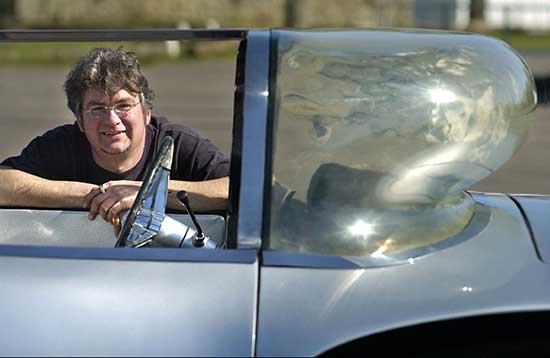 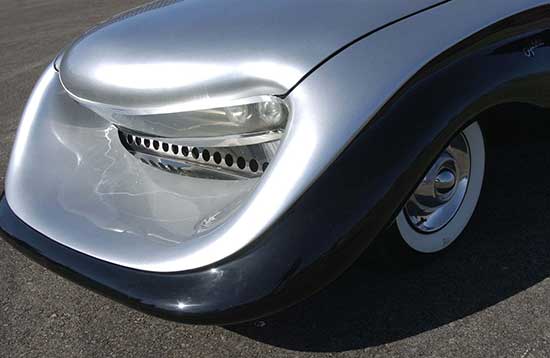 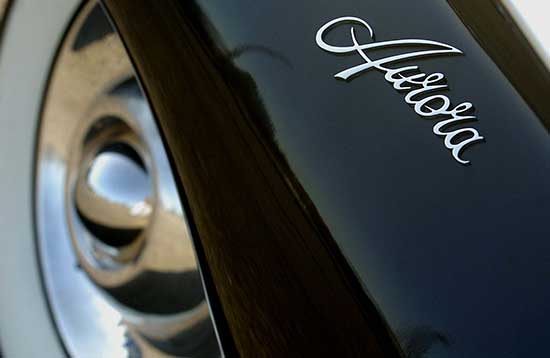 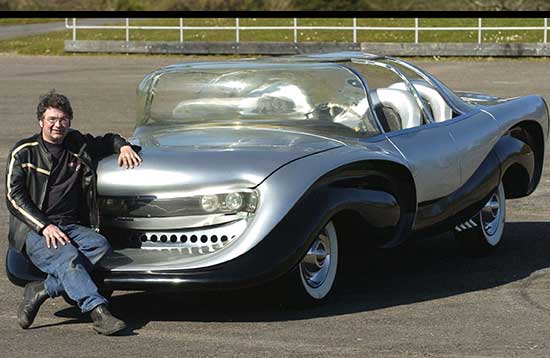 “We have long been fascinated with the Aurora Safely Sedan and I personally am delighted that you have rescued it from its derelict state. I am writing to enquire if you would be willing to allow this extraordinary vehicle to be placed on display with us.”