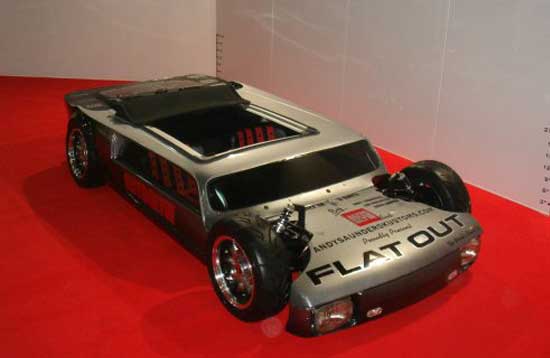 Flat Out Stage Show. World renowned car designer, Andy Saunders chopped his way back into the record books with this crazy creation, ‘Flat Out’. A radical sports car standing 21 5/8 inches tall…and built by Saunders and his two man team in just THREE days!

Saunders, the Turner Prize nominated artist from Poole built the car for the 40th Annual Autojumble at the National Motor Museum in Beaulieu, Hampshire.

The ‘World’s Lowest Car’ genre was actually started by Saunders with the creation of his super-low Mini, ‘Claustrophobia’ back in 1985. Since then the record has passed to the squashed Hillman Imp ‘Impressed’ of Danny Curtis and then the vertically challenged ‘Lowlife’ built by Perry Watkins. The outgoing record holder stood at a mere 23.6 inches tall but took rather longer to build, at some 18 months.

So why did he do it? Andy himself picks up the tale. ‘Well, I hadn’t had the record for a while and thought it would be fun to get it back. Turning the whole build into a bit of automotive theatre seemed like a great idea. With everybody loving the raft of auto-makeover shows like ‘Pimp My Ride’ and American Chopper’ we felt that the team should do it live to an audience over a weekend. With some 33,000-odd people coming to have a look at the build.. I guess that was the right decision!’

Ever modest throughout, and with great acclaim for his fellow spanner-wielding superstars, what’s next for Saunders and his team? ‘Who knows?!’ he asks ‘I wake up every morning with a new idea for a car… and some of them just prove too exciting to ignore’.

Flat Out has been made into a coffee table for the corporate office of a Californian car collector. 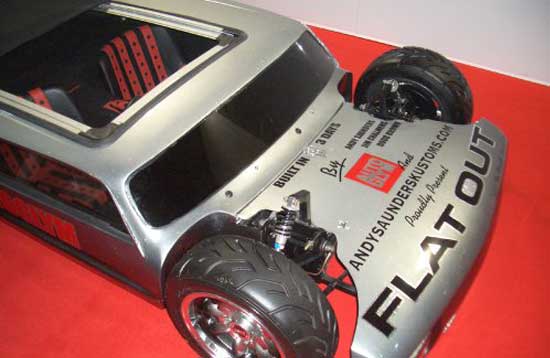 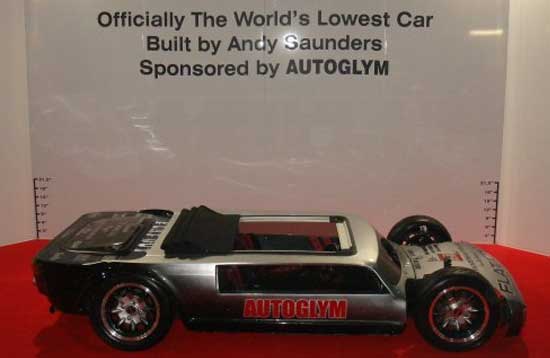 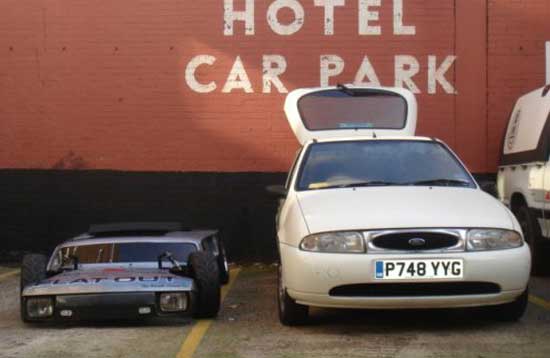 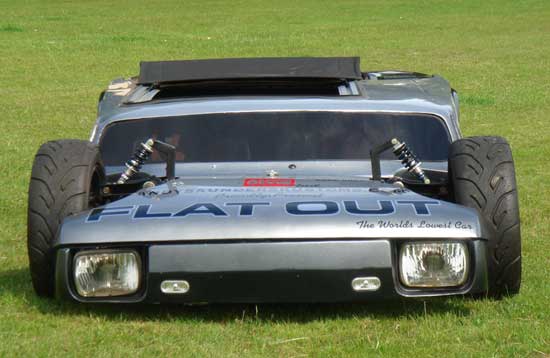 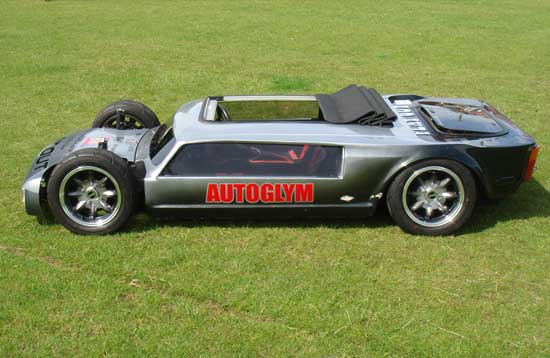 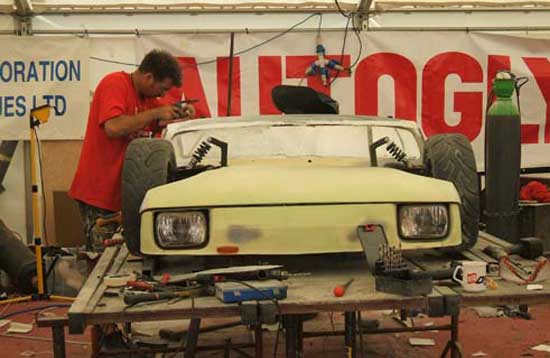 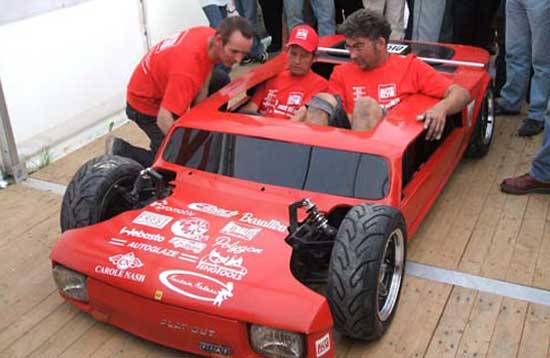 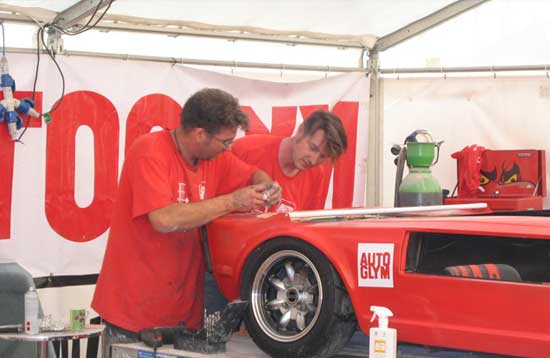 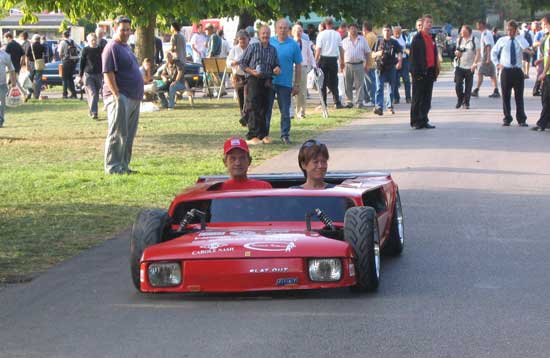 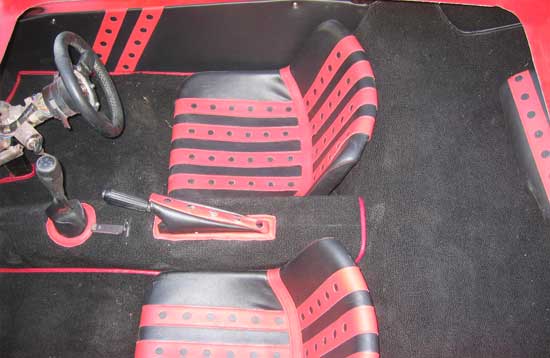 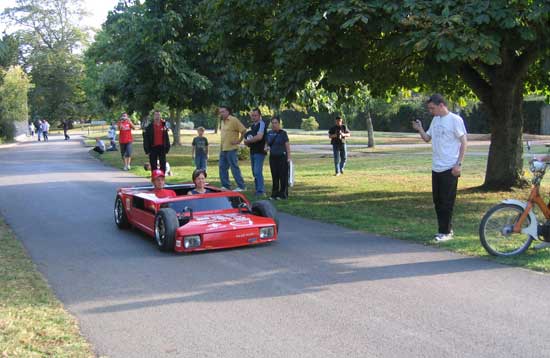 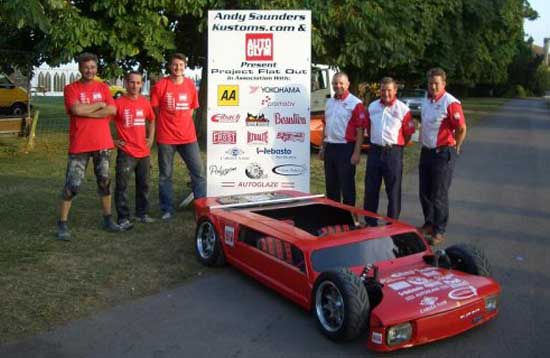 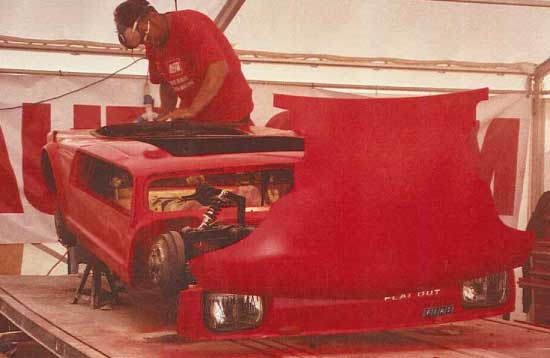 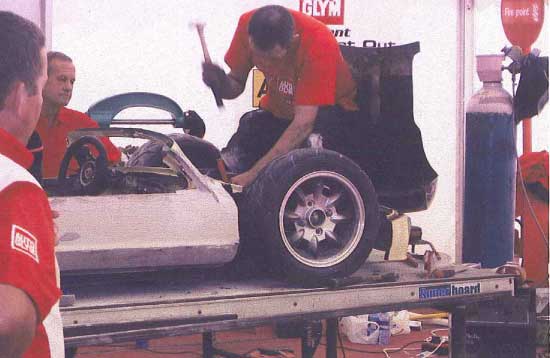 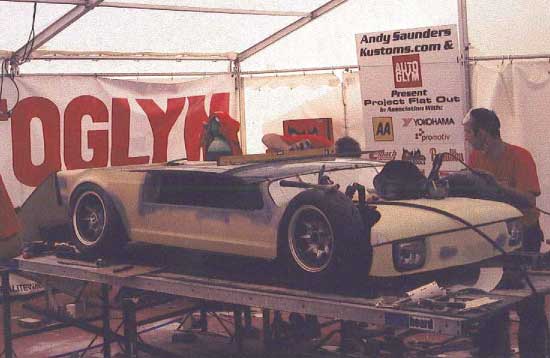 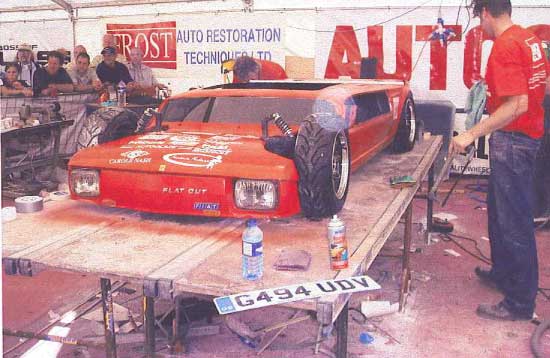 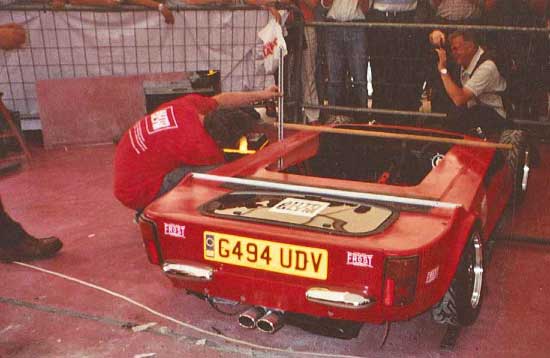