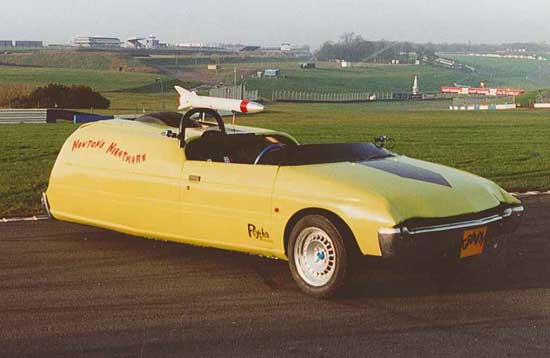 The object of this challenge and build was to take a petrol driven van and turn it into a gravity racer powered only by gravity, thus the clever name of Newtons Nightmare.

This vehicle was built in two days and started life as a Mk4 escort van.
There were two options to build such a car, firstly the removal of weight from the vehicle half way down the track and secondly the momentum of gravitational force caused by a ginormous flywheel which is the one Andy’s team plumped for.

The most major part of the engineering on this project was the fitting a Boeing 747 landing wheel where the rear axle use to be, this is the black bump you can see just poking its way through the roof. Andy left this task to the engineer Jim Chalmers whilst he took care of the styling. The thought was the sort of car captain scarlet would have driven on his day off. As you can see the end result is absolutely wild and no one could ever have mistaken it for an Escort van, just as Andy had thought.

Unfortunately Newtons Nightmare lost the race and was subsequently destroyed live on television by being thrown from a crane.NEWTONS 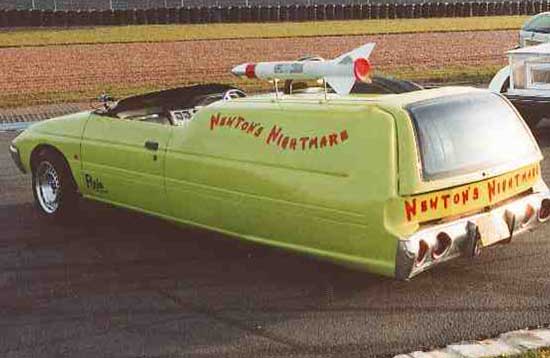 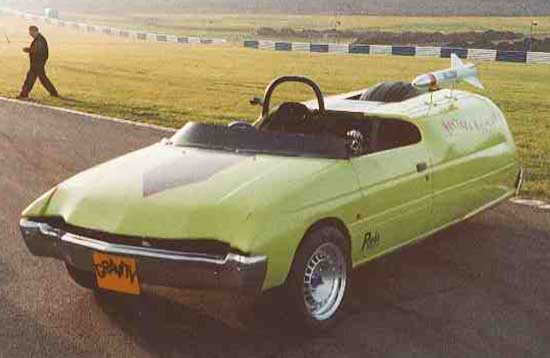 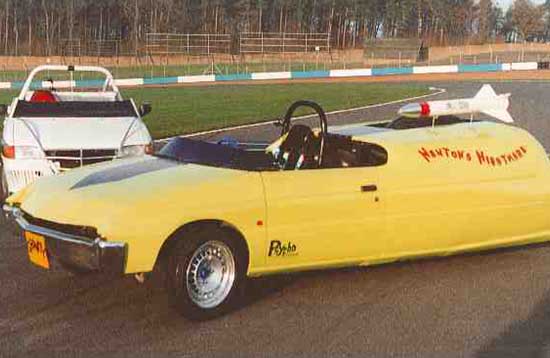 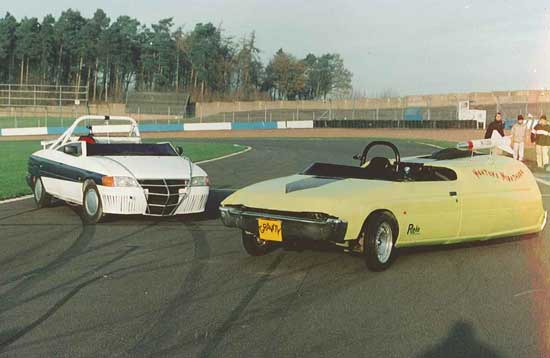 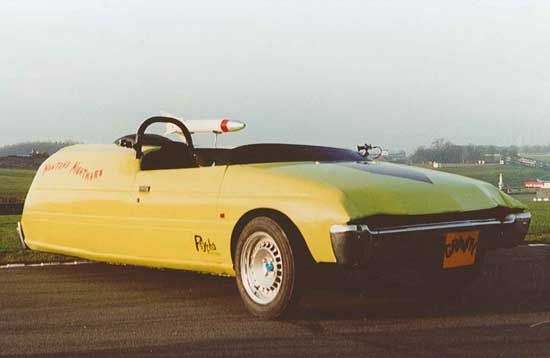 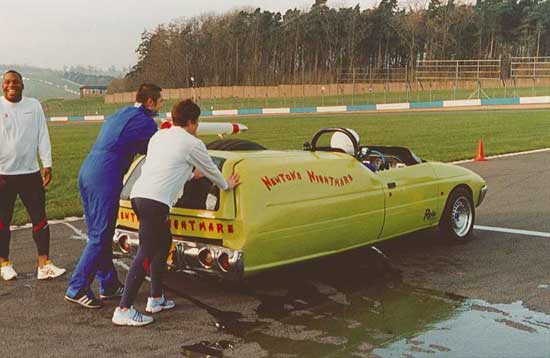 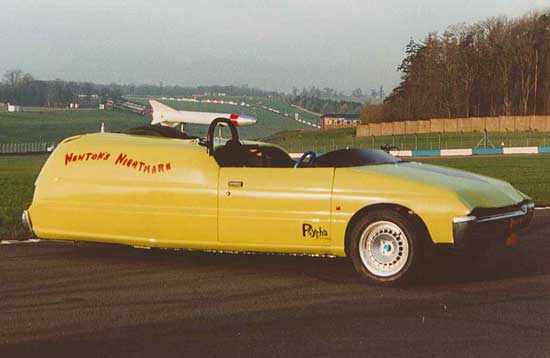 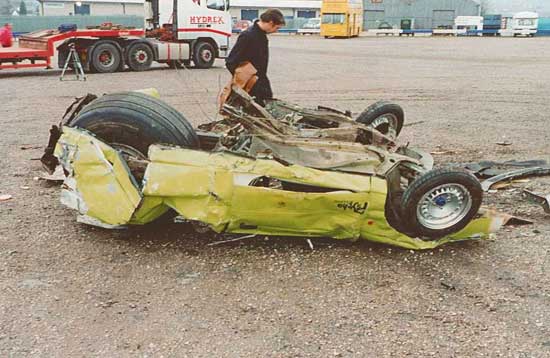 “The best designer and builder in the business. Andy’s work is incredible, from complete restorations of classic prototypes to custom designed supercars. One day I hope to own my own Andy Saunders one off.”