This Beautiful very early Motorhome was a restoration carried out by Saunders for Kampers and Kars in Poole. 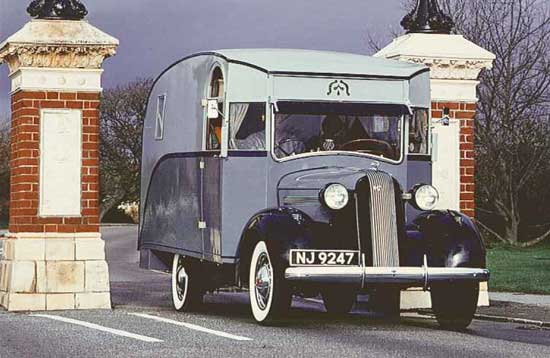 This unique vehicle was originally built in Beckshill in 1936 on a then new chassis cab imported from the states.

It was commissioned by a Captain Dunn for use by him and his wife. Being wheel chair bound, Captian Dunn needed transportation to fit the wheel chair and which could be easily driven by his wife. 1940 Captain Dunn was evacuated to Wales for the period of World War II and in 1946 he died without ever using it again and it was left to slumber in the barn where it was found after the death of his wife in 1991 where upon it was sent to a classic car auction and purchased by Kampers and Kars.

Renovation is a better word for this project than restoration, as the vehicle had been dry stored for 51 years with a total mileage of 8661 on its odometer.

When launched this caused a stir across not only the classic car scene but also the motorcaravan scene as it is the most comprehensive old motorcaravan anywhere, once again the magazine features came flooding in and appeared just about everywhere.

The vehicle is still on display at Kampers and Kars where it has its own showroom and has now covered a total of 9400 miles. 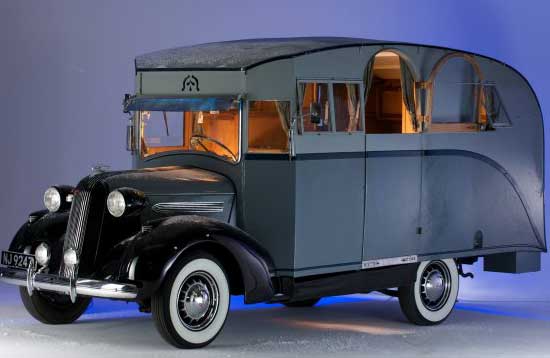 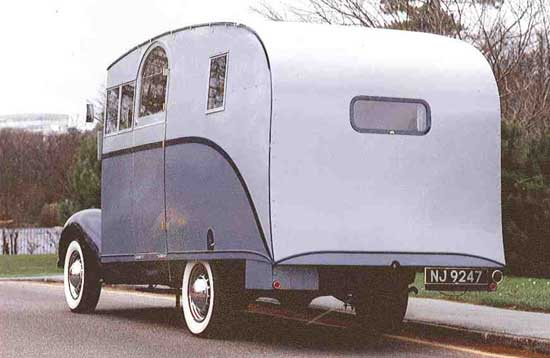 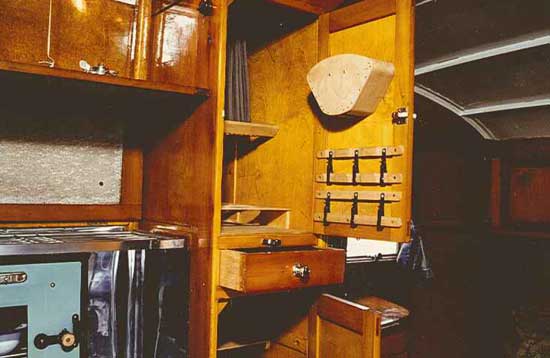 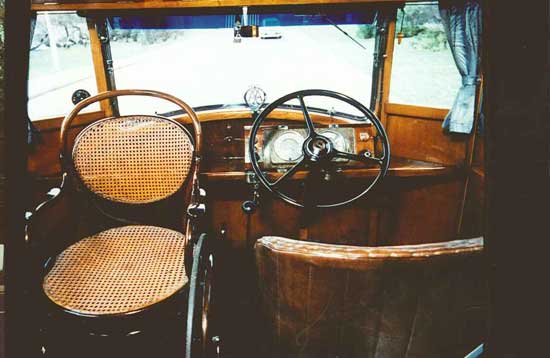 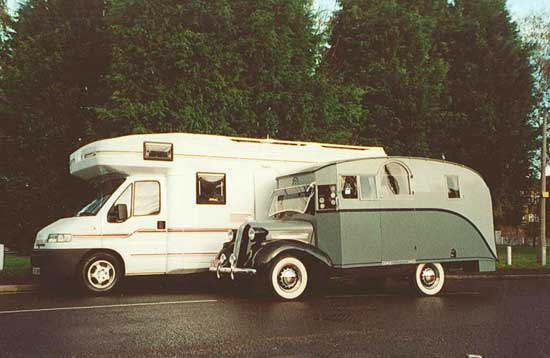 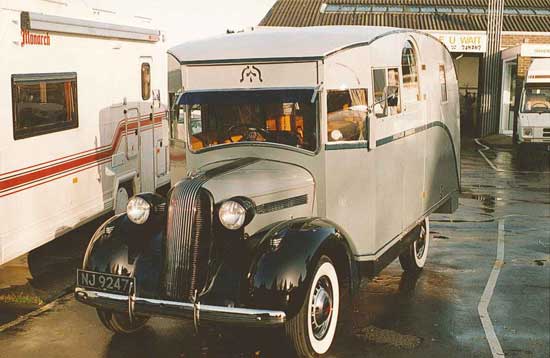 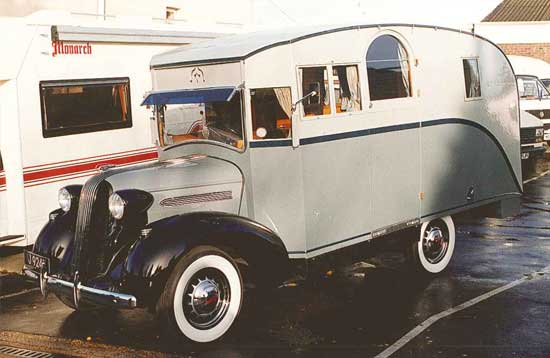 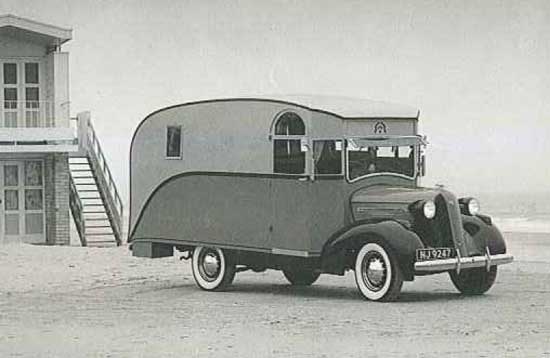 “Thanks to Ron and Andy Saunders whose expertise in the classic car world have been invaluable in this project to keep this unique thirties campervan exactly as it really was.”