This was the first of Andy’s cars to have multiple magazine features and to be exhibited around Europe. 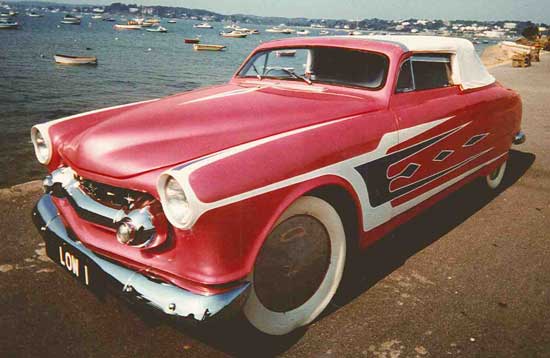 This was the custom to break the mold here in England, while the majority were still building cars that looked 70’s in style Rainbow chaser came screaming on the scene shouting 50’s America.

This was the first of Andy’s cars to have multiple magazine features and to be exhibited around Europe. The Car was originally a Volvo amazon 2 door saloon but andy made this a convertible, chopped the screen and then started on restyling to take her rather modern 60’s look back to the 50’s. There were literally dozens of body mods to this car. It was this car that really showed Andy’s idea for thinking out of the box as the interior had a 50’s diner scene hand stitched on the rear seat and two popsicle waitress’s on the front seats. This embroidery work alone taking 500 hours. 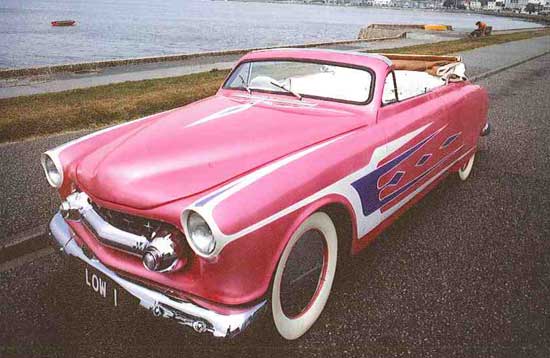 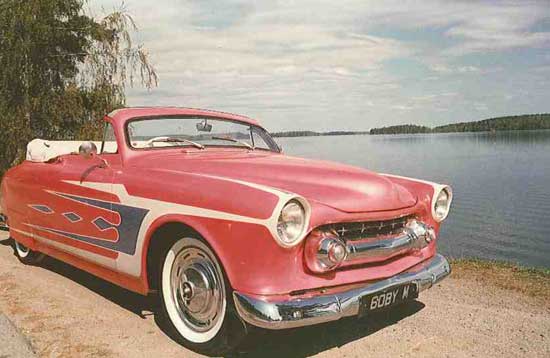 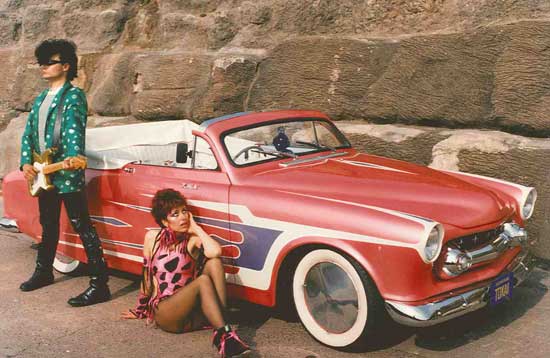 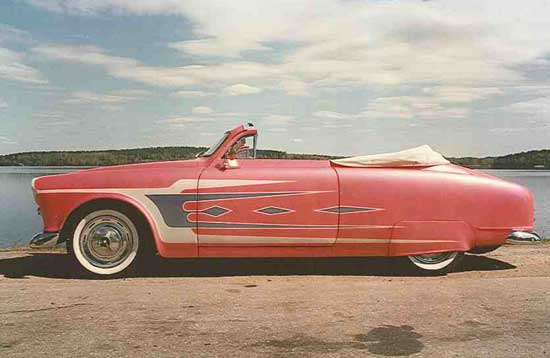 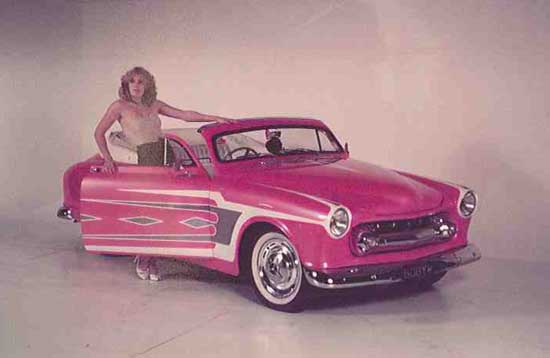 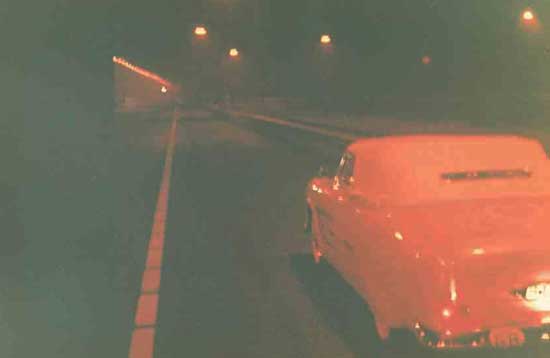 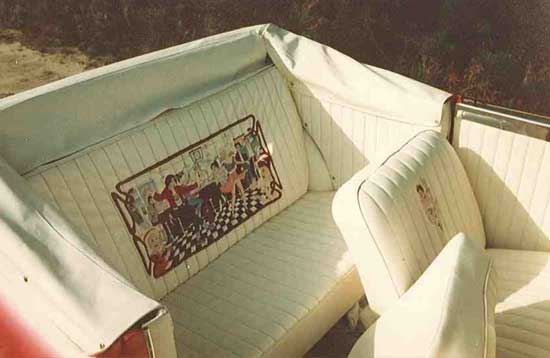 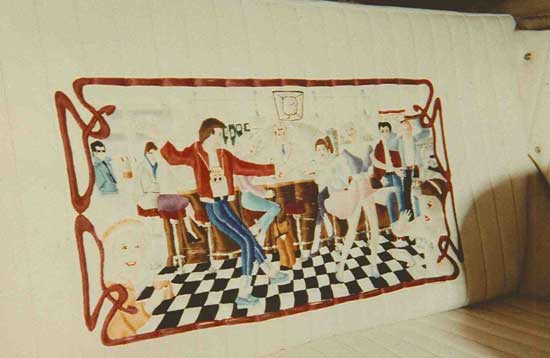 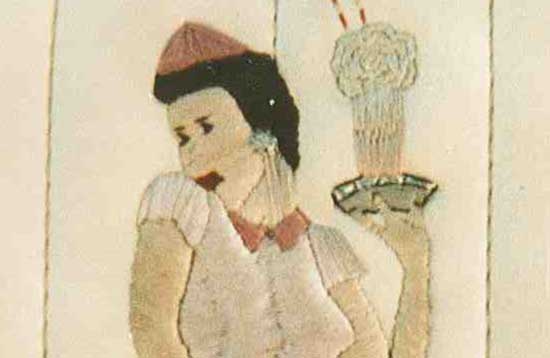 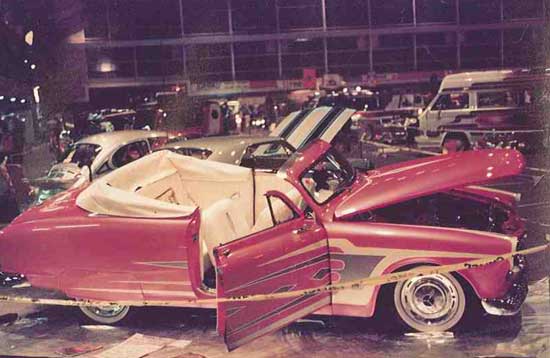 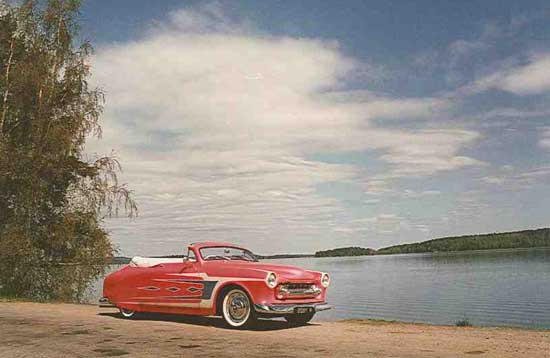 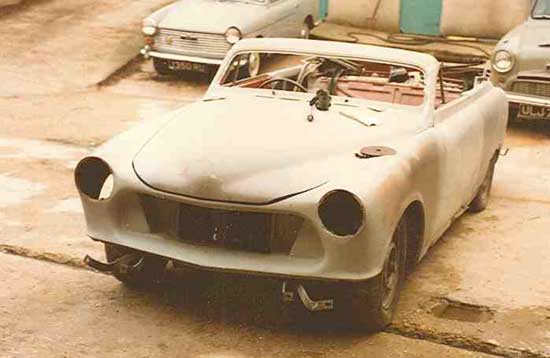 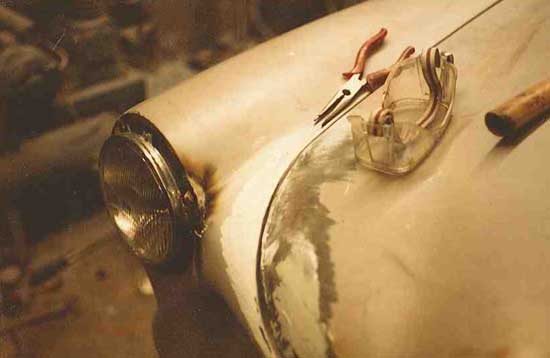 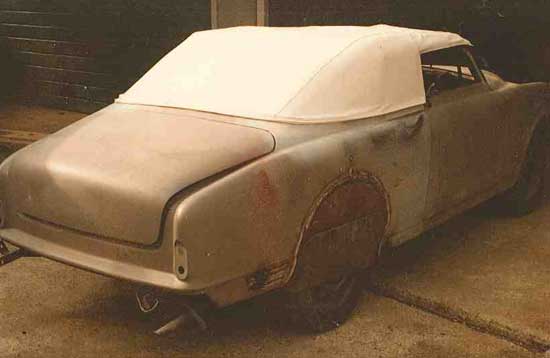