SIDE STEP PICK UP

Whilst recouping from an operation Saunders built a model kit of a Nissan Step Side Truck, an American concept if ever there was one. He liked it so much, he decided he would build one based on the English Ford Escort. 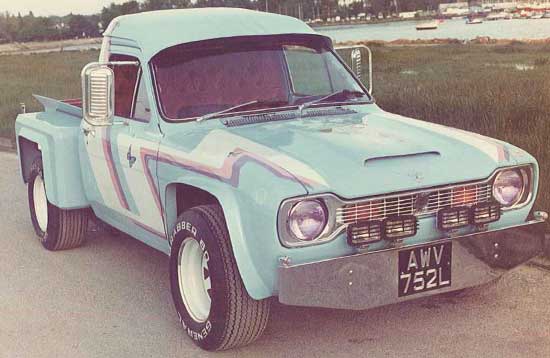 A suitable Escort van was found and the back was removed and strengthened, the remaining cab was completed and the fabrication of the back started, the truck sides were manufactured in aluminium whilst the rear arches, scaled up from the model, were hand made in steel.

The truck was finished in pastel colours in the cross over style of the 70’s to 80’s, the design of the graphics were influenced by the truck scene at the time.

Upon its launch, at the infamous Bel Vue show in Manchester, Saunders was approached by Street Machine and asked if they may do a photo session for a full feature in their magazine. 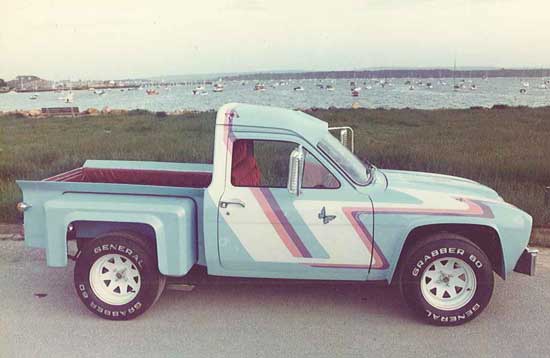 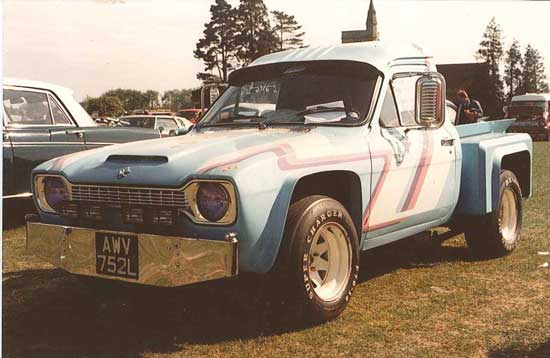 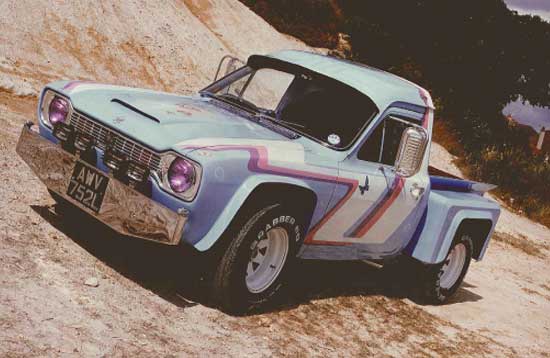 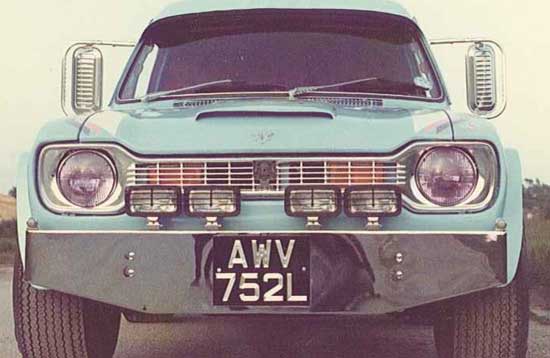 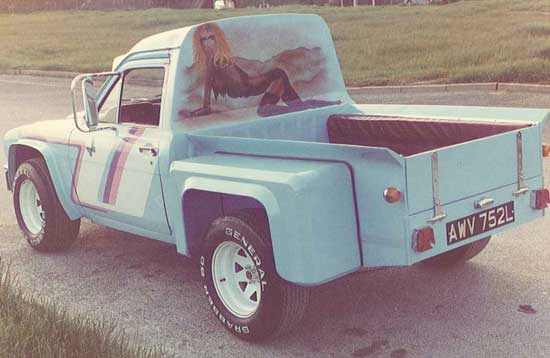 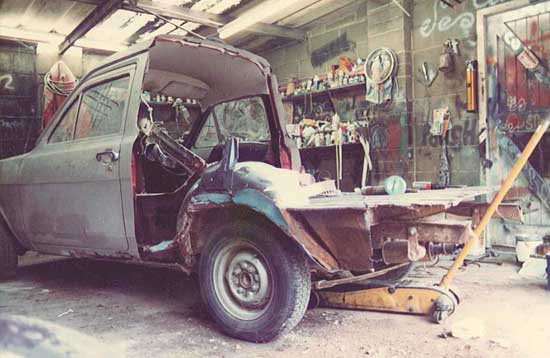 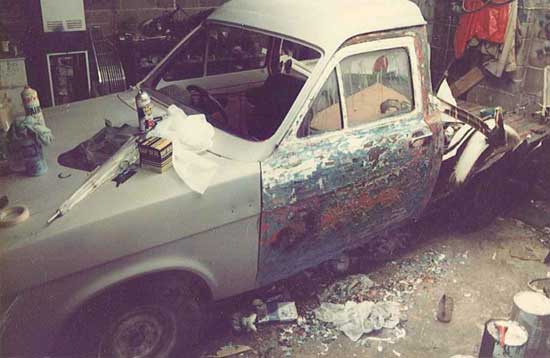 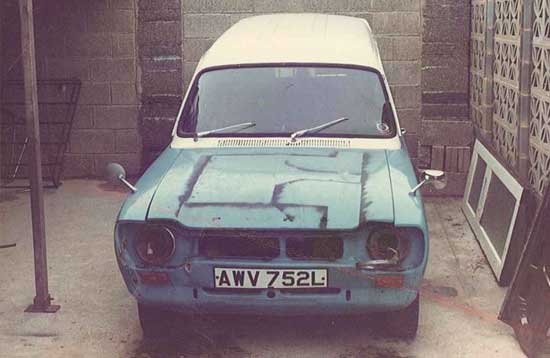