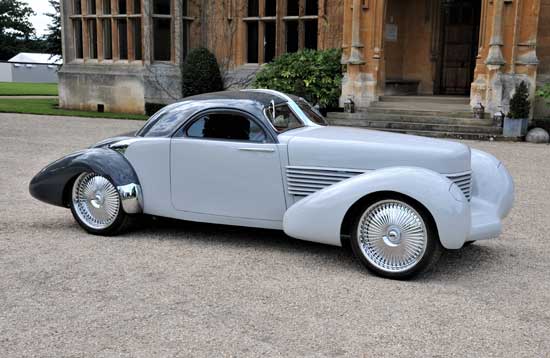 It left the factory as a RHD export model with its destination being England.
It was sold new by R.S.M Automobiles of Berkeley Square, London W1 with the first owner being the Earl Of Derby.

Several years later, probably after the car suffered a gearbox problem it was sold to its second owner, a rather prestigious name within the world of Stock Car Racing, the one and only Jerzy Wojtowicz. Jerzy was an admired fighter pilot of WWII and had been honoured with many medals but after the war he got involved with stock car racing and became world champion, his story alone is quite fascinating.

He bought the car and carried out all the engineering modifications to make it into a stock car, the car was made RWD and had a Ford Flathead in the front. The mechanical modifications were finished but the car never got to be raced. Thankfully the doors were not welded up nor where the fenders removed and then for some reason that no one knows the car was left in a field in Yorkshire where it sat outside for 50+ years just slowly dissolving back into the ground and being used as a trampoline by all of the local children.

The car was placed for sale where upon it spent near on 20 years for sale with every car enthusiast in the country viewing it and walking away without it until Andy saw it.

The car has now undergone a 7000 hour redesign and rebuild which has exsentuated the beautiful art deco design into an impossing chopped 2 door coupe, a model that cord never offered as a production model.

Launched to an incredible reception at the Supernationals in Bedford UK in August 2017 this car is has been quoted by many as raising the bench mark of customs here in the united kingdom. 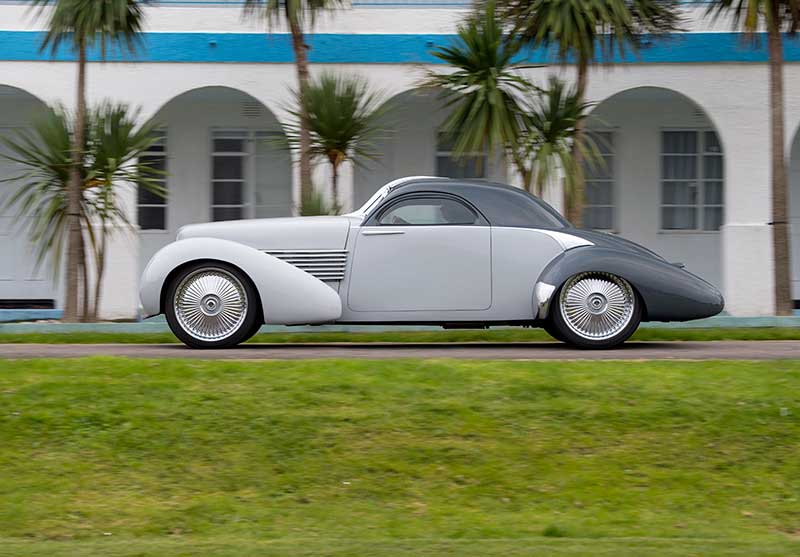 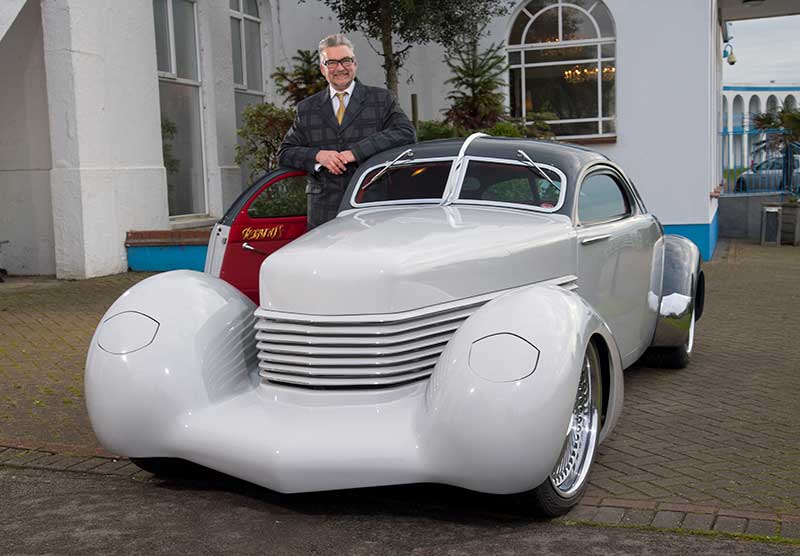 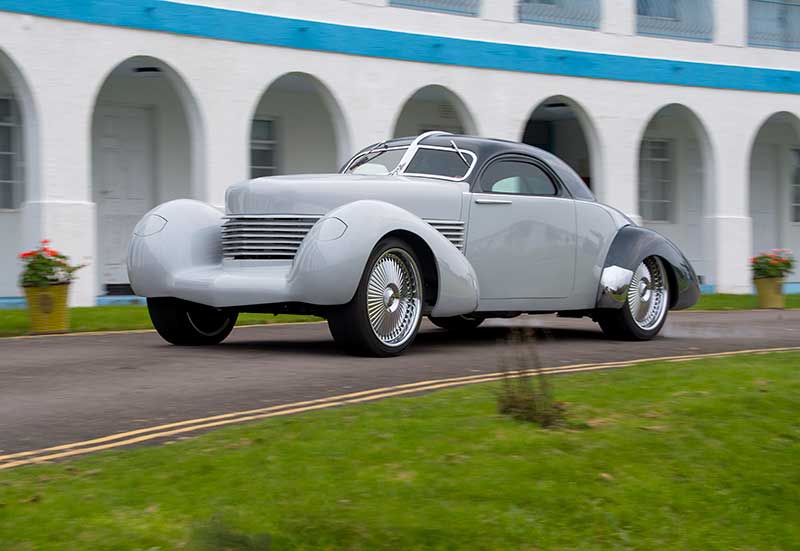 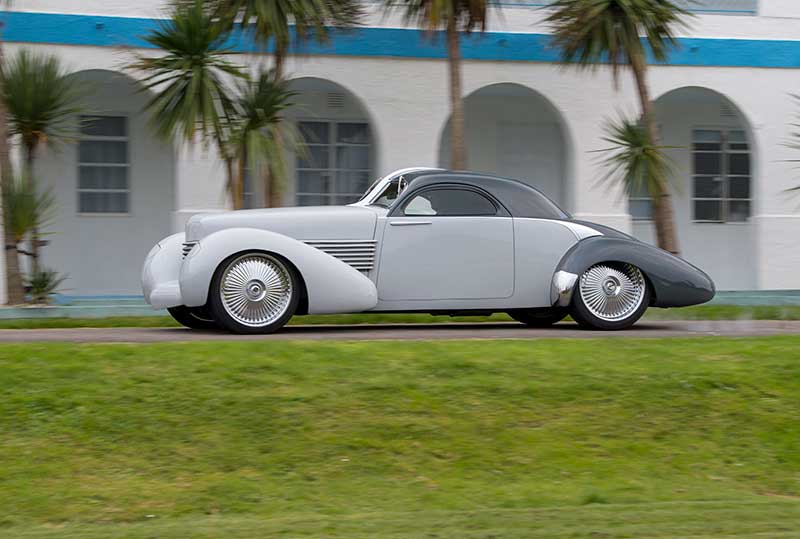 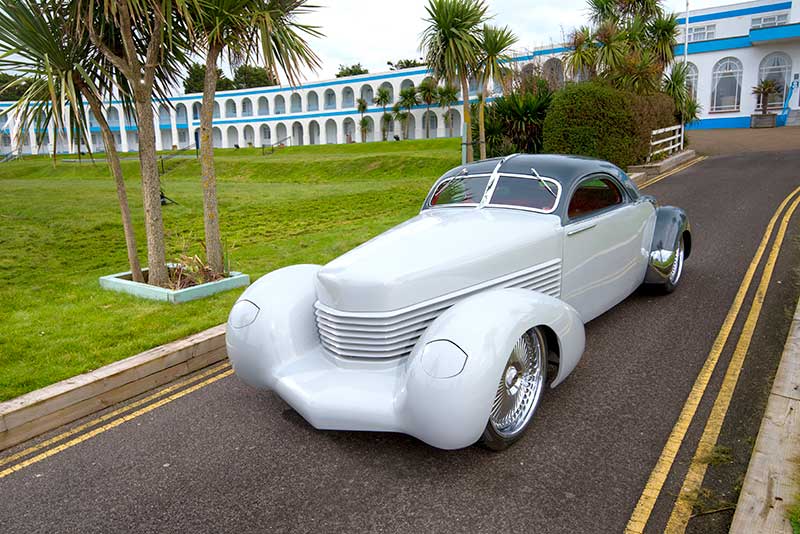 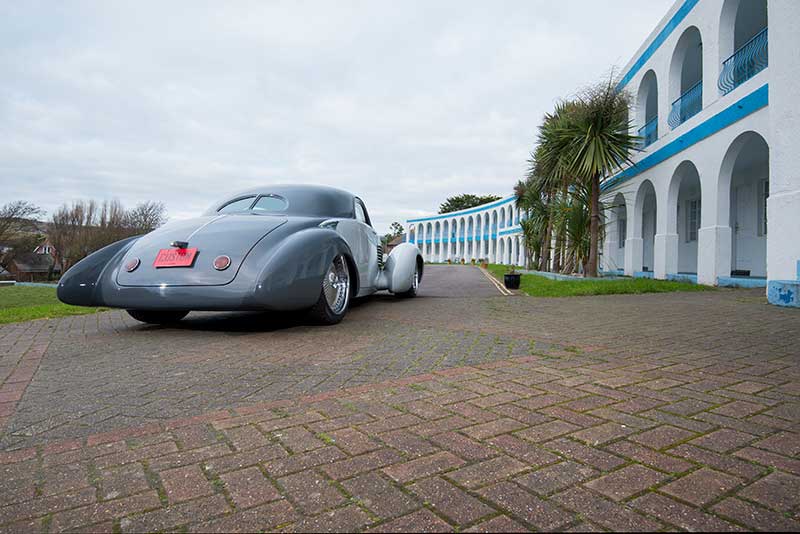 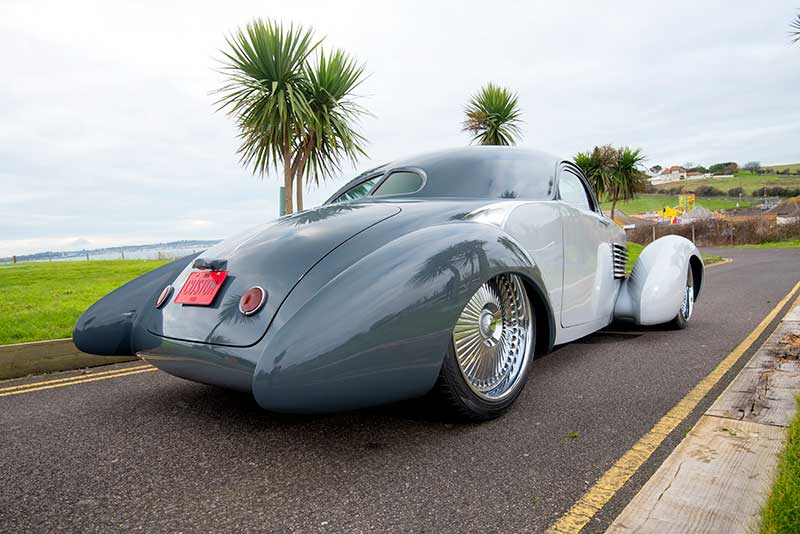 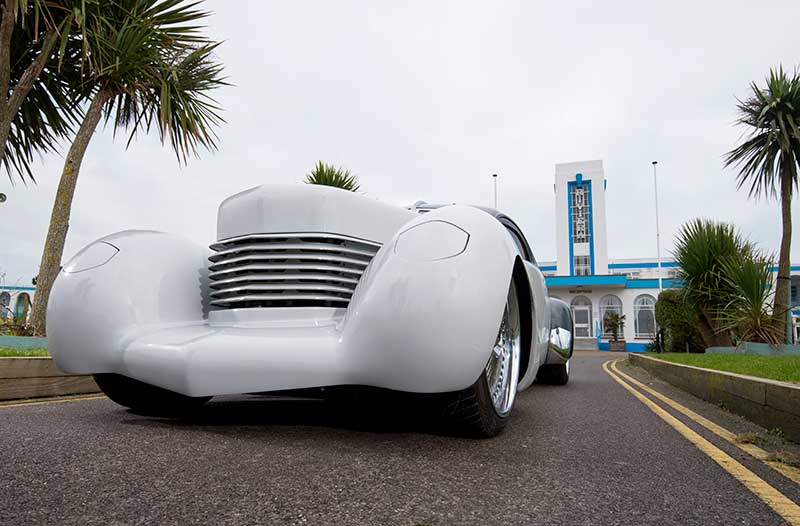 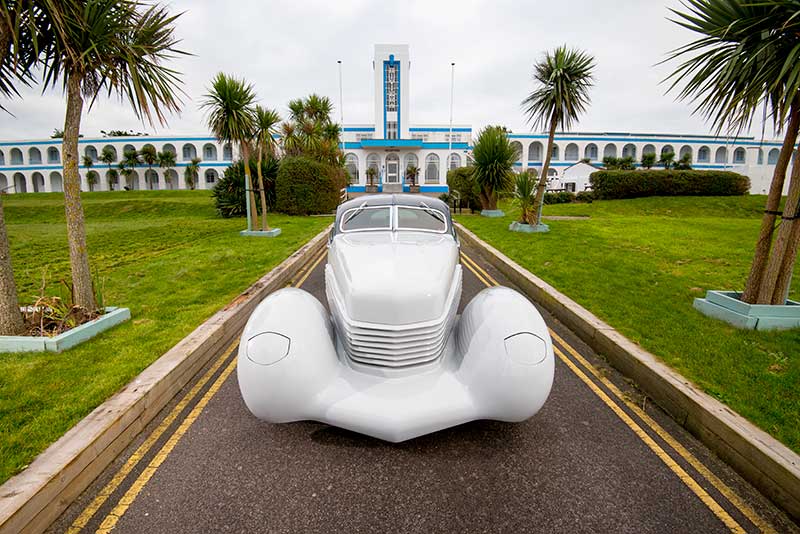